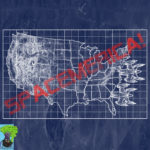 The group heads out on another fetch quest to appease The Historian, only to end up at a nude beach, spa, and sanitarium. We learn where their ship is, and there’s more to Cookie than meets the eye. On Spacemerica, Lazier somehow gets it right, despite his best efforts. Tune in as Ian and Liz talk with Jen “JWein” Weinman, who tells us about Cookie, delicious foods, and what role she might want to play in the future. We also chat with Heath Aldrich of Solid State Disaster, whose song “Broken Machines Pt. 2” is featured in this episode of Spacemerica!

CREDITS:
The music for Good Morning, Spacemerica! was composed by Ian McGowan. This episode features the song, “Broken Machines Pt. 2” by Solid State Disaster, online at solidstatedisaster.bandcamp.com. Good Morning, Spacemerica! is brought to you by CalamityCast, online at calamitycast.com; produced by Ian McGowan and Daniel Williams, and co-created by Dave Goddard, Ian McGowan, Daniel Williams, and Liz Zerkel.